Nobody should try holding his/her breath waiting for the first VFT in Oz.

High-speed rail in Australia
From Wikipedia, the free encyclopedia

High-speed rail in Australia has been under investigation since the early 1980s.[1][2] Every Federal Government since this time has investigated the feasibility of constructing high speed rail, but to date nothing has ever gone beyond the detailed planning stage. The most commonly suggested route is between Australia's two largest cities, Sydney and Melbourne, which is the world's second busiest air corridor.[3] Various corridors have been proposed for a potential high-speed line.

The Australian rail speed record of 210 km/h was set by Queensland Rail's Electric Tilt Train during a trial run in 1998.[4] This speed is just above the internationally accepted definition of high-speed rail of 200 km/h (124 mph).[5] The Transwa WDA/WDB/WDC class, V/Line VLocity and XPT are capable of 200 km/h.[6][7] However, these trains, as well as the V/Line VLocity and Diesel Tilt Train, operate at a high of 160 km/h in passenger service.

The train line to Woop Woop goes on here

Gladys is keen but it's pretty pointless if it starts and stops in NSW and I can't see Vic or Qld getting on board. Then again, Andrews might try using his CCP funds.
Top 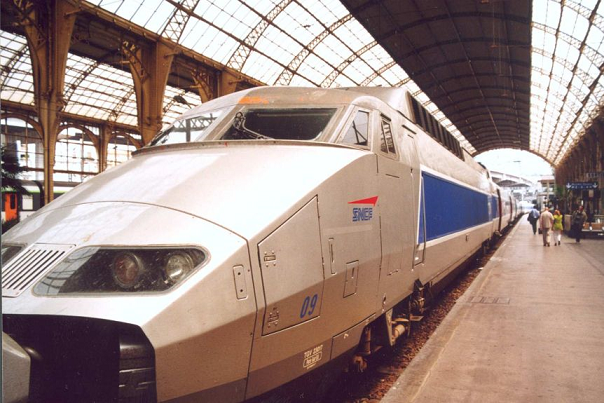 Sleek bullet nose of TGV train in Paris as it waits on platform in station, with passengers walking into the distance. France has one of the most successful fast rail networks in the world — but a new report says it wouldn't work in Australia.(AAP: James Shrimpton)

Australia should abandon the idea of a bullet train and governments should stop wasting public money to study proposals, according to a new report by the Grattan Institute.

Key points:
Opposition Leader Anthony Albanese has renewed calls for a bullet train connecting Melbourne, Sydney and Brisbane
But a report from the Grattan Institute points out that only two countries have ever recouped the costs of building it
It found any benefits of such a rail network would likely be concentrated in capital cities, with fewer benefits for regional areas

During the global coronavirus pandemic, the fast-tracking of big infrastructure projects — such as fast rail between Melbourne and Brisbane — has been touted as a way to stimulate the economy.

But the "Fast train fever" report says a bullet train is not the answer.

Australia has had a long obsession with fast rail. Every 10 years or so there is a grand proposal for high-speed rail.

But the report suggests while a bullet train zipping along the country's coastline is a captivating idea — it's not realistic or suitable for Australia and is not a good use of public money.

Report author Marion Terrill said most people imagined a bullet train would bring us in line with the rest of the world, help us meet our emissions-reduction targets and give a boost to regional communities, but she said none of these things were true.

"Around the world it is very rare for bullet trains to span a distance of 1,000 km or more and when they do, they usually serve populations of at least 50 million people," she said.

"Australia's population is small and spread over vast distances and the countries most like us — Canada and the US — don't have bullet trains either."

Ms Terrill said bullet trains were not the climate saver we might think.

"It's true that it is less emissions intensive if you take a trip by high-speed rail than if you fly, but what that overlooks is construction," she said.

"Construction is extremely emissions intensive and it would take 50 years to construct the Melbourne to Brisbane line, so for a long time you're actually increasing emissions."

Ride the VFT to nowhere here

Labor's NeverBuiltNetwork Mark 2 - a VFT to nowhere!!! Would Chinese bribes pay for it ?

Labor’s blurred vision for high-speed rail adopts the findings of a $20 million feasibility study commissioned by the former Gillard government in an agreement it made with the Greens in 2010.

Labor to spend $1b on bullet train route from Melbourne to Brisbane via Sydney
This was published 1 year ago By Adam Carey May 9, 2019 — 11.55pm 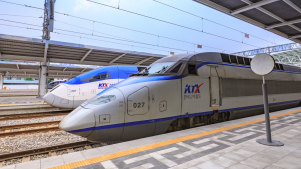 Australian governments have pursued visions of a high-speed east coast rail link since the 1980s.

But the federal opposition’s $1 billion pledge would be the biggest financial investment ever made towards the concept.

High-speed trains would travel at speeds of up to 350km/h and cut the journey time between Melbourne and Sydney, and Sydney and Brisbane, to as little as three hours, Labor said.

The Canberra Development Board (CDB) was talking about a VFT between Canberra and Sydney back in the 80s. The CDB is now defunct but a bit of information about it here: