Here are some of the revised rules:

Haircuts
Hairdressers and personal care venues can have up to five fully vaccinated customers. There is no limit once 80% is reached.

Travel
The 15km travel limit in Melbourne ends when lockdown ends, however people in Melbourne cannot travel to regional Victoria and vice versa until the 80% target is reached.

Retail
Still closed except for outdoor service and click and collect. Retail is fully open once the 80% target is reached.


https://www.coronavirus.vic.gov.au/face ... -face-mask
When do I need to wear a face mask?
Anyone 12 years and over must wear a fitted face mask whenever they leave their home, indoors or outdoors, unless lawful exception applies.

I forgot to add :

There are no restrictions on the reasons to leave home, and there is no stay-at-home curfew,
but staying COVIDSafe remains important.
Top

Posted 6m ago
6 minutes ago
, updated 3m ago 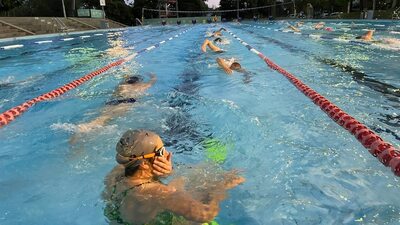 Victoria has recorded 2,189 new local COVID-19 cases and 16 deaths as the state comes out of lockdown.

There are now 23,230 active cases of the virus in Victoria, and 203 people have died during the current Delta outbreak.

The new cases were detected from 77,036 test results received yesterday.

There were 38,339 doses of vaccine administered at state-run sites, and more vaccinations at GP clinics and other venues. Victoria is seeing a "welcome stabilisation" of COVID-19 admissions to hospital but more cases are being recorded among young people, health authorities say.
Key points:

More than 72 per cent of the 16 and older population have had both doses of a COVID-19 vaccine
The deaths of nine people take the toll from this outbreak to 212
There will be up to 5,500 fully vaccinated people allowed at Flemington for Derby Day on Saturday as the first large post-lockdown event

The Department of Health said there were 1,750 COVID-19 cases in Victoria yesterday, but the state's COVID commander, Jeroen Weimar, clarified two of those were acquired overseas.

New infections were found from 72,858 test results processed on Friday, the day Melbourne and Mildura emerged from lockdown.

Everyone was hanging out together.
No one was wearing masks.

I see another runaway infection rate coming.
I have a dream
A world free from the plague of Islam
A world that has never known the horrors of the cult of death.
My hope is that in time, Islam will be nothing but a bad dream
Top

Everyone was hanging out together.
No one was wearing masks. 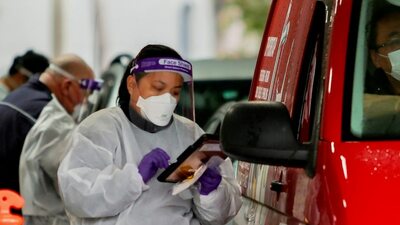 Victoria has recorded the deaths of 11 more people with COVID-19 and 1,935 new cases of the virus ahead of an announcement about the next steps out of lockdown.

More than 73 per cent of Victorians aged 16 and above have now had both doses of a COVID-19 vaccine.

It brings the state closer to an 80 per cent target, which is projected to be hit within the week.

The government is expected to make an announcement today about what freedoms will be granted once the milestone is reached.

Under the current roadmap, all of Victoria will move to the same settings, Melbourne retail and gyms will open and masks will no longer be mandatory outdoors.

Senior ministers met on Saturday night to discuss the next steps.

The ABC understands the border around Melbourne will be dropped from Friday, allowing Victorians to travel anywhere in the state ahead of the Melbourne Cup weekend.
Top 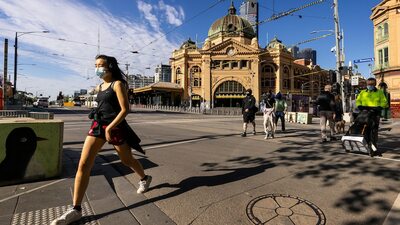 Victoria has recorded 1,461 new local COVID-19 cases and seven deaths as the state moves closer to having more of its restrictions eased this Friday.
Key points:

The number of people who have died during the current Delta outbreak has risen to 230
There were 27,869 doses of vaccine given at state-run centres yesterday, and more at GP clinics
An epidemiologist says hospitalisations in Victoria had been lower than expected

There are now 24,831 active cases of the virus in Victoria, and 230 people have died during the current Delta outbreak.

The new cases were detected from 56,905 test results received yesterday.

Unvaccinated Victorians continue to make up the majority of new infections, with two thirds of new cases each day people who have not had their first or second jab, the state's COVID-19 commander Jeroen Weimar said.

"There are around half a million Victorians who are aged over 12 who are not currently protected by any form of vaccine," Mr Weimar said.
Top 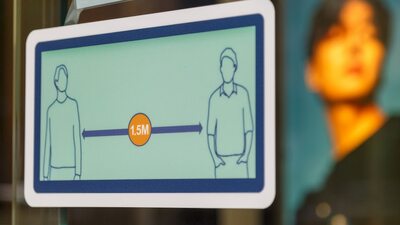 Victoria has recorded 1,510 new local COVID-19 cases and four deaths as the state moves closer to a further easing of restrictions later this week.
Key points:

The death toll from the current Delta outbreak in Victoria has risen to 234
There were 28,232 doses of vaccine administered at state-run sites yesterday, and more at GP clinics
City of Melbourne data showed foot traffic in the city's CBD rose by 2,000 per cent when lockdown ended

There are now 24,715 active cases of the virus in Victoria, and 234 people have died during the current Delta outbreak.

The new cases were detected from 55,679 test results received yesterday.

There were 28,232 doses of vaccine administered at state-run sites, and more vaccinations at GP clinics and other venues.

From Friday, when the state is expected to reach its 80 per cent double-dose vaccination milestone, regional Victoria and metropolitan Melbourne will follow the same rules, while gyms, retailers and entertainment venues will reopen to the fully vaccinated.
Top

People found guilty of “intentionally and recklessly” breaching public health orders would face
two years in jail or a $90,000 fine,
under new pandemic laws proposed by the Andrews government.

On Tuesday morning the government tabled its Public Health and Wellbeing Amendment (Pandemic Management) Bill 2021, which would curtail the chief health officer’s powers, giving the premier the authority to declare a pandemic and the health minister the role of making public health orders.
Top

That man is a cretin and in NSW they are allowing dangerous criminals bail. It's all upside down.
Top
Post Reply
394 posts

Users browsing this forum: No registered users and 2 guests